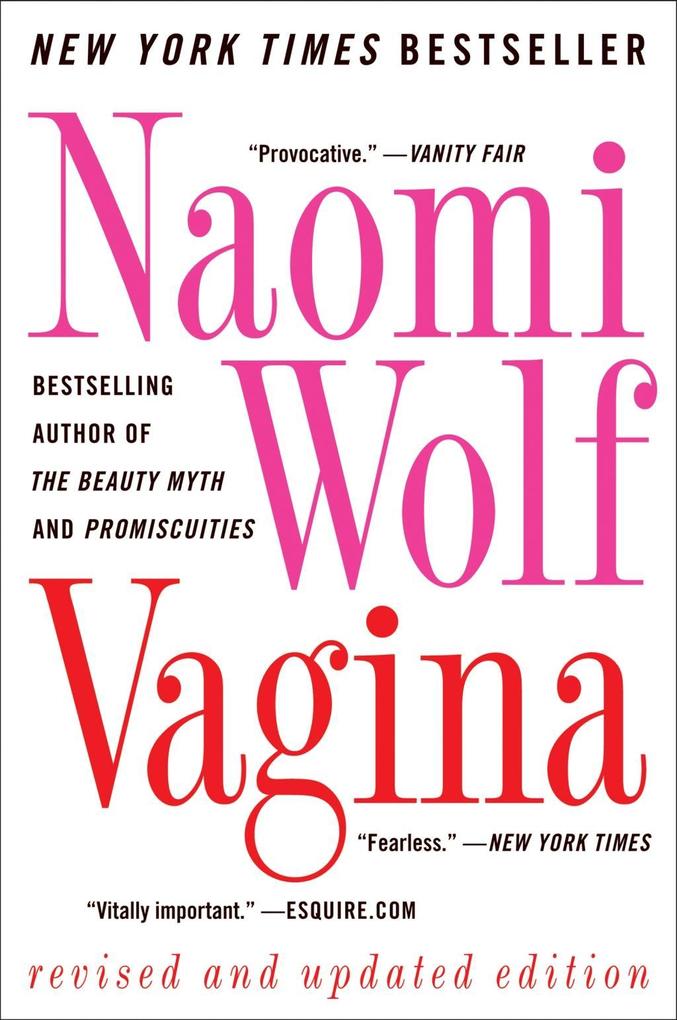 An astonishing work of cutting-edge science and cultural history from one of our most respected cultural critics and thinkers, Naomi Wolf, author of the modern classic The Beauty Myth

When an unexpected medical crisis sends Naomi Wolf on a journey to tease out the intersections between sexuality and creativity, she discovers—much to her own astonishment—an increasing body of scientific evidence that documents new insights about female sexual response. These breakthrough discoveries show that the vagina, clitoris, and labia—the female sexual centers—are not "merely flesh," but directly affect the female brain, and that the female brain directly affects, in newly documented ways, the vagina and female sexual centers. The vagina thus has a fundamental relationship to female consciousness itself. Utterly enthralling and totally fascinating, Vagina draws on this set of insights about "the mind-vagina connection" to reveal new information about what women really need, on many different levels, and considers what sexual relationships—and a woman's relationship to her self, as well as to her own desire and pleasure—transformed by these insights, may look like.

A brilliant and nuanced synthesis of physiology, history, and cultural criticism, Vagina explores the physical, political, and spiritual implications for women—and for society as a whole—in this startling series of new scientific breakthroughs from a writer whose conviction and keen intelligence have propelled her works to the tops of bestseller lists, and firmly into the realm of modern classics.

Naomi Wolf is the author of seven books, including the New York Times bestsellers The Beauty Myth, Promiscuities, Misconceptions, The End of America, and Give Me Liberty. She writes for the New Republic, Time, the Wall Street Journal, the New York Times, Huffington Post, Al Jazeera, La Repubblica, and the Sunday Times (London), among many other publications. She lives with her family in New York City.