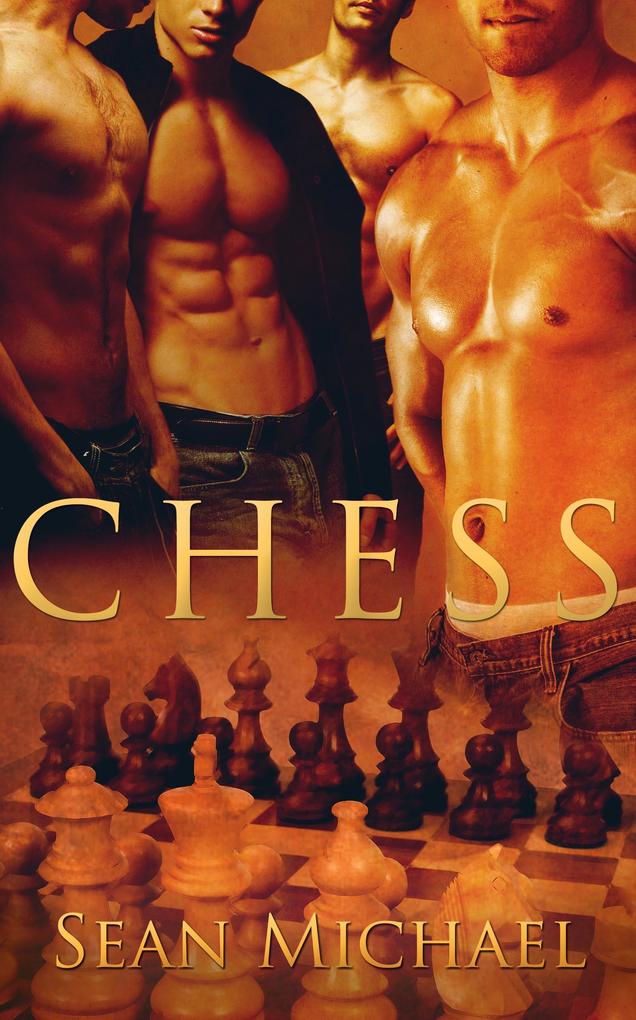 Knight is home from the hospital, so everything should be back to normal, right? Things are never that easy, though, and the men of Chess must fight to get their lives back.

Knight has returned home from the hospital, but is far from recovered. Things seem to be going well, but depression slowly winds its way around Knight, and he spends all his time in bed sleeping, slipping farther and farther away from his lovers and life.

Rook just wants everything to go back to normal now that their lover is home and Bishop is out of his depth when it comes to Knight's depression. Can Jason figure out what's wrong and take the steps needed to help Knight find himself again?

The struggle has just begun in Knight's recovery-are the men of Chess up to the task? Find out in this fourth instalment of the Chess series.

Things are changing again for the foursome. Can they weather these changes as they do everything else-together?

Things are changing again for Bishop, Knight, Rook and Jason. Not only is Jason going back to school, but Knight has bought a cottage on a lake several hours away, and none of them are quite sure what it all means for their family of four.

As Knight loses himself in his art at the cottage and Jason begins the hard work needed to keep up with school, Rook and Bishop call each other often to stay in touch, but it isn't the same thing as all four of them being together.

Could this be the beginning of two couples and the end of their foursome just when Jason was settling into being a part of this weird but wonderful family? Or will they find a way to make it work just like they have everything else?

Luke sees a lot in his job as a piercer, but for all that, he's shy and lonely. Can live-in-the-moment Temple open his eyes to life's pleasures?

Luke's a piercer and owns a successful business with his tattooing partner. Despite his job and his inked and pierced appearance, Luke is actually quite shy and lonely, not to mention inexperienced. An event from his past has left him unable to open up completely to anyone and it's easier for him to just keep to himself.

Temple is a cancer survivor, coming up on five years cancer free. He's traveling across North America on the back of his motorcycle, just going where the wind blows him. Ever since first being diagnosed, he turned into a true believer of living in the moment.

Bestselling author Sean Michael is a maple-leaf-loving Canadian who spends hours hiding out in used book stores. With far more ideas than time, Sean keeps several documents open at all times. From romance to fantasy, paranormal and sci-fi, Sean is limited only by the need for sleep-and the periodic Beaver Tail.

Sean fantasizes about one day retiring on a secluded island populated entirely by horseshoe crabs after inventing a brain-to-computer dictation system. Until then, Sean will continue to write the old-fashioned way.