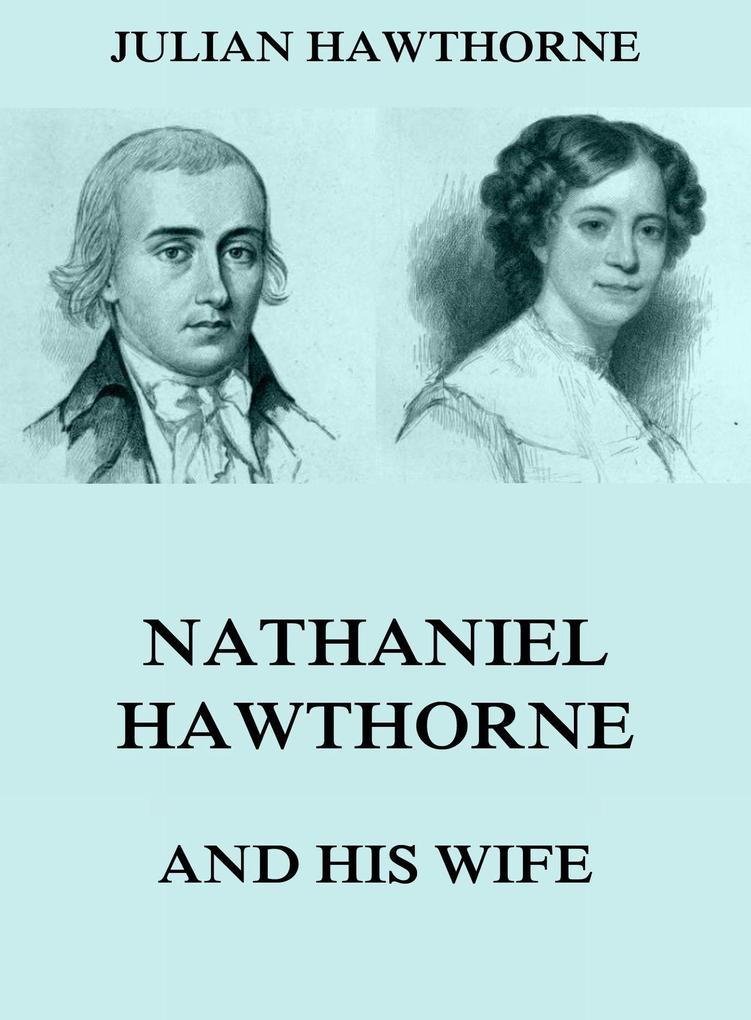 Nathaniel Hawthorne And His Wife

One ot the chief literary events in biographical writings is this work. Not only does its subject recommend it, but the fact that it is written by Mr. Julian Hawthorne, a man of genius himself, and probably the one of all others best able to appreciate his father's genius. The basis of the work is Hawthorne's letters, Mrs. Hawthorne's letters, and letters from intimate friends and relatives to either. Every one will rejoice that the author disregarded his father's wish, that no biography of him should be written. It would have been a misfortune if this delightful series of letters had been withheld from the world. The beautiful family life they describe, with scarcely a flaw in it from beginning to end, is a bright contrast to some other interiors of the homes of great writers offered us of late years. For the first time, too, we learn through them of Mrs. Hawthorne's lovely character, and all the depths and contrasts of her husband s many-sided nature. As the letters weie written only for the eyes of intimate friends, they are often quite frank in expression of opinion regarding literary contemporaries. No one should miss reading the work, if only to learn what a model biography is.

THE life of a man happily married cannot fail to be influenced by the character and conduct of his wife. Especially will this be the case when the man is of a highly organized and sensitive temperament, and most of all, perhaps, when his professional pursuits are sedentary. and imaginative rather than active and practical. Nathaniel Hawthorne was particularly susceptible to influences of this kind; and all the available evidence goes to show that the most fortunate event of his life was, probably, his marriage with Sophia Peabody. To attempt to explain and describe his career without taking this event into consideration would, therefore, be like trying to imagine a sun without heat, or a day without a sun. Nothing seems less likely than that he would have accomplished his work in literature independently of her sympathy and companionship. Not that she afforded him any direct and literal assistance in the composition of his books and stories; her gifts were wholly unsuited to such employment, and no one apprehended more keenly than she the solitariness and uniqueness of his genius, insomuch that she would have deemed it something not far removed from profanation to have offered to advise or sway him in regard to his literary productions. She believed in his inspiration; and her office was to promote, so far as in her lay, the favorableness of the conditions under which it should manifest itself. As food and repose nourish and refresh the body, so did she refresh and nourish her husband's mind and heart. Her feminine intuition corresponded to his masculine insight; she felt the truth that he saw; and his recognition of this pure faculty in her, and his reverence for it, endowed his perception with that tender humanity in which otherwise it might have been deficient. Her lofty and assured ideals kept him to a belief in the reality and veracity of his own. In the
warmth and light of such companionship as hers, he could not fall into the coldness and gloom of a selfish intellectual habit. She revived his confidence and courage by the touch of her gentle humor and cheerfulness; before her unshakable hopefulness and serenity, his constitutional tendency to ill-foreboding and discouragement vanished away. Nor was she of less value to him on the merely intellectual side. Her mental faculties were finely balanced and of great capacity; her taste was by nature highly refined, and was rendered exquisitely so by cultivation. Her learning and accomplishments were rare and varied, and yet she was always childlike in her modesty and simplicity. She read Latin, Greek, and Hebrew: she was familiar with history; and in drawing, painting, and sculpture she showed a loving talent not far removed from original genius. Thus she was able to meet at all points her husband's meditative and theoretic needs with substantial and practical gratification. Awaking to her, he found in her the softened and humanized realization of his dreams. In all this she acted less of defined purpose than unconsciously and instinctively, following the natural promptings of her heart as moulded and enlightened by her love. What she did was done so well, because she could not do otherwise. Her husband appreciated her, but she had no appreciation of herself. She only felt what a privilege it was to love and minister to such a man, and to be loved by him. For he was not, as so many men are, a merely passive and complacent absorber of all this devotion. What she gave, he returned; she never touched him without a response; she never called to him without an echo. He never became so familiar with her ministrations, unceasing though these were, as to accept them as a matter of course. The springs of gratitude and recognition could not run dry in him; his wife always remained to him a sort of mystery of goodness and helpfulless. He protected her, championed her, and cherishe
d her in all ways that a man may a woman; but, half playfully and all earnestly, he avouched her superiority over himself, and, in a certain class of questions relating to practical morality and domestic expediency, he always deferred to and availed himself of her judgment and counsel. This was no make-believe or hollow humility on his part; he believed, and was delighted to believe, in the higher purity and (as it were) angelic wisdom of her feminine nature; and if he ever ascribed wisdom to himself, it was on the ground that he accepted her views upon all matters as to which mere worldly experience and sagacity were uncertain guides. In comparing himself with her (supposing him to have done such a thing), he would leave entirely out of account his vast intellectual power and capacity. Intellect, in his opinion, was but an accident of organization or inheritance, aud could be almost entirely divorced from purity and elevation of character,--upon the basis of which only could a man's value as a creature of God be finally estimated. He deemed the cultivation and improvement of the intellect to be mainly selfish and instinctive; whereas goodness of character was the result of a purely Christian and regenerated effort. From this point of view, Hawthorne's attitude towards his wife becomes natural and comprehensible enough; and no doubt, as some writer has suggested, no one but he knew how great was his debt to her.

When I said that the life of Hawthorne could not be understood apart from that of his wife, I might have added that without her assistance it could not have been written. In fact, the almost continuous story of their married life is contained in her letters aud journals. While she was still a child, she acquired the habit of keeping a journal of her daily existence,--her doings, her seeings, and her thoughts; and during her visits of a week or a month at a time to friends in the vicinity of Salem, she wrote long
letters home to her mother. After her marriage, these letters to her mother constitute a nearly uninterrupted narrative of the quiet but beautiful and profound experiences of her domestic career. No part of this narrative is without a value, literary as well as human,--for Mrs. Hawthorne had an unusual gift of expression, in writing as well as in conversation,--but only a small part of it can be brought within the limits of this volume. Enough, however, will be shown to furnish an adequate impression both of the writer and of what she wrote about. Her mother's share in the correspondence is also full of temptations to the biographer; but the extracts from it have been made mainly with an eye to the outward events which they help to explain, and only incidentally to the traits of character and morality which they illustrate. Taken altogether, the letters contain, in addition to their private interest, the revelation of a remarkable and perhaps unique state of society. Plain living and high thinking can seldom have been more fully united and exemplified than in certain circles of Boston and Salem during the first thirty or forty years of this century. The seed of democracy was bearing its first and (so far) its sweetest and most delicate fruit. Men and women of high refinement, education, and sensibilities thought it no derogation, not only to work for their living, but to tend a counter, sweep a room, or labor in the field. Religious feeling was deep and earnest, owing in part to the recent schism between the severe and the liberal interpretations of Christian destiny and obligations; and the development of commerce and other material interests had not more than foreshadowed its present proportions, nor distracted people's attention from less practical matters. Such a state of things can hardly he reproduced, and, in our brief annals, possesses some historic value.

Sophia Peabody was descended from an ancient and honora
ble stock. The American Peabodies are the posterity of a certain Francis Peabody, who came to this country in 1640. He was a North-of-England man,--a Yorkshireman. Whether he was married iu England or in New England, and whether his children were all born before his emigration or otherwise, we are not informed. But we know that he became the father of ten children, born somewhere; and the stock flourished exceedingly. For nearly a hundred years there were ten children in each generation in the line of direct descent, not to mention the offspring of the collateral sons and daughters, which accounts for the large number of persons now bearing the name of Peabody in New England. Dr. Andrew Peabody, who has for so many years preached to the students of Harvard College, and Mr. George Peabody, the millionnaire and philanthropist, sprung from this root. Dr. Nathaniel Peabody, the father of Sophia, practised dentistry in Salem and Boston, and was a man of much activity of nature, and versatility. He married Elizabeth Palmer, a granddaughter of General Palmer of the Revolutionary Army, who had married Miss Elizabeth Hunt of Watertown, Massachusetts.

Tradition relates that the Peabody clan were descendants of no less a personage than Boadicea, Queen of the Britons. After her death, her son fled to the Welsh mountains, where he and his posterity for many hundred years bore the title of Pe-boadie, which, being interpreted, means Men of the Peak (Pe, peak, or hill; Boadie, man). Among the distinguished offshoots of this race was Owen Glendower, who was wont, according to Shakspeare, to call spirits from the vasty deep. After Sophia Peabody was married and had children of her own, she often used to amuse them with these and similar wondrous tales of their maternal lineage, which had just sufficient possibility of truth in them to render them captivating to a child's imagination. There was no...