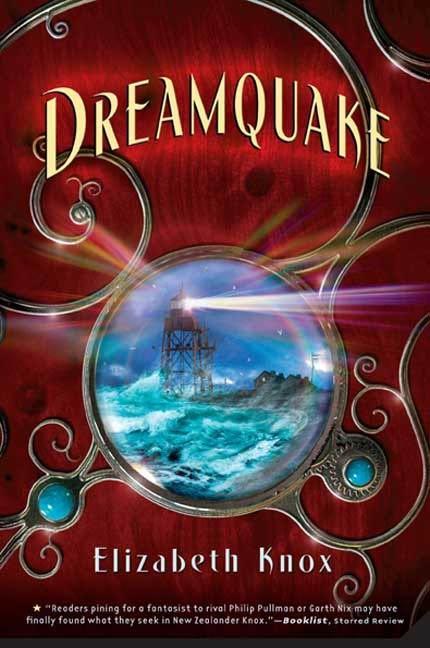 The dreamhunting began as a beautiful thing, when Tziga Hame discovered that he could enter the Place and share the dreams he found there with other people. But Tziga Hame has disappeared and Laura, his daughter, knows that the art of projecting dreams has turned sour.

On St. Lazarus's Eve, when elite citizens gather at the Rainbow Opera to experience the sweet dream of Homecoming, Laura, determined to show them the truth, plunges them into the nightmare used to control the convict workers. The event marks the first blow in the battle for control of the Place, the source of dreams. Then, when Laura's cousin, Rose, uncovers evidence that the government has been building a secret rail line deep into the Place, Laura follows it to find out what lies at its end. As she struggles to counter the government's sinister plans, a deeper mystery surfaces, a puzzle only Laura can unravel, a puzzle having to do with the very nature of the Place. What is the Place, after all? And what does it want from her?

Inventive and richly imagined, Elizabeth Knox's Dreamquake, dramatic conclusion to the Dreamhunter Duet, will satisfy readers - whether or not they've read Book One.

"It is like nothing else I've ever read." -- Stephenie Meyer, The Twilight Saga

Born in Wellington, New Zealand, Elizabeth is the middle of three sisters.

The Knox family moved around a number of times during Elizabeth's childhood. They lived in Pomare, Wadestown, Waikanae, and Paremata. The sisters were close, and always played imaginary games. By the time Elizabeth was eleven, the games had become one game, an ongoing saga set in another world -- a game she shared with her sisters and several friends. One day, when Elizabeth was sixteen, her father interrupted a discussion the girls were having about the possible results of a secret treaty and said, "I hope you're writing some of this down." The idea hadn't occurred to Elizabeth before, and she thought it was a very good one. She, her sisters, and friends began writing letters between their characters and stories about them. Elizabeth enjoyed writing and decided that this -- writing fiction -- was what she wanted to do with her life.

When Elizabeth left her secondary school, Tawa College, which she attended from 1972 to 1976, she took a job as a clerk in the Inland Revenue department in Porirua. While workmates her age were saving for cars, weddings, and overseas travel, Elizabeth saved in order to take eight months off work and write a novel. This first novel, One Too Many Lives, completed when she was nineteen, was not to be published (though there was kind interest from a number of publishers in New Zealand and the UK). Again Elizabeth went back to work to save money, and at twenty-two took another year off and wrote another novel, Salamander, which she disliked and put away.

Elizabeth Knox has been a full-time writer since 1997. She has published eight novels and three autobiographical novellas. Her best-known book is The Vintner's Luck, which won the Deutz Medal for fiction in the 1999 Montana New Zealand Book Awards and the 2001 Tasmania Pacific Region Prize. The Vintner's Luck has been published in seven languages and is being made into a film by Niki Caro (Whale Rider; North Country). Elizabeth's most recent book, Daylight, was short-listed for Best Book in the South Pacific & South East Asian Region of the 2004 Commonwealth Writers Prize. Elizabeth's first book for young adults, Dreamhunter: Book One of the Dreamhunter Duet, was chosen as a White Raven by the International Youth Library, and is the winner of New Zealand's prestigious Esther Glen Medal. Its sequel, Dreamquake, will be published in March 2007.

Elizabeth lives in Wellington with her husband, Fergus Barrowman, and their son, Jack.