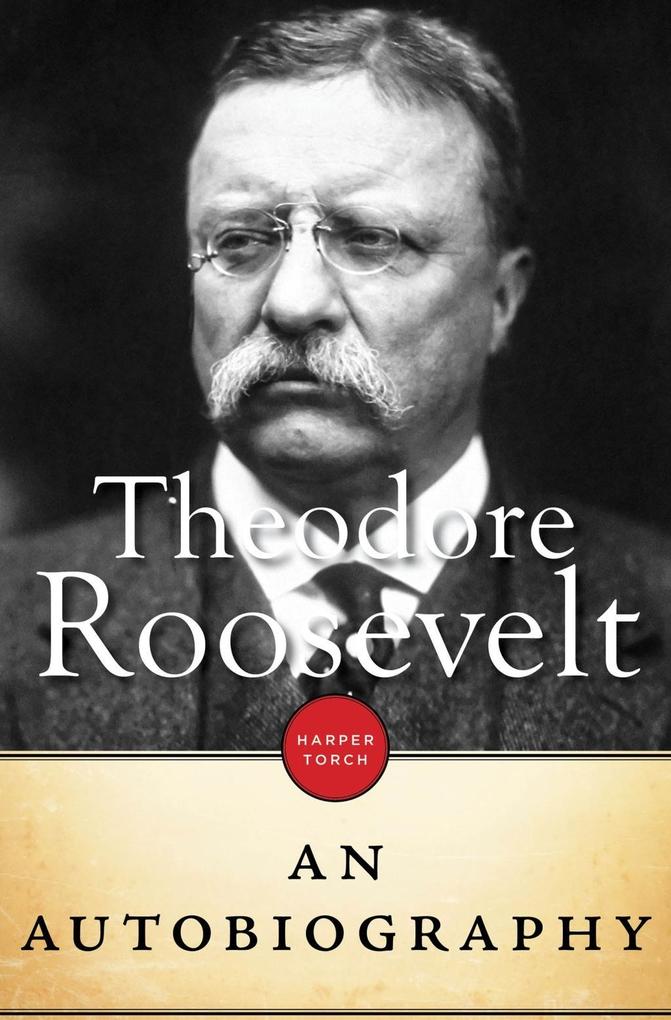 Spanning his earliest remembrances as a child to his historic charge up San Juan Hill, and his years in the White House, Theodore Roosevelt: An Autobiography offers an intimate and telling portrait of one of the greatest statesmen in American history.

As a militarist and politician, Theodore Roosevelt accomplished a remarkable list of achievements including forming the Rough Riders, trust-busting companies like Standard Oil, expanding the United States' network of national parks, and negotiating the end of the Russo-Japanese War, for which he was awarded the 1906 Nobel Peace Prize.

HarperTorch brings great works of non-fiction and the dramatic arts to life in digital format, upholding the highest standards in ebook production and celebrating reading in all its forms. Look for more titles in the HarperTorch collection to build your digital library.

Theodore Roosevelt was an American politician, naturalist, military man, author, and the youngest president of the United States. Known for his larger-than-life persona, Roosevelt is credited with forming the Rough Riders, trust-busting large American companies including Standard Oil, expanding the system of national parks and forests, and negotiating the end of the Russo-Japanese War, for which he was awarded the Nobel Peace Prize in 1906.

A prolific author, Roosevelt's topics ranged from foreign policy to the natural world to personal memoirs. Among his most recognized works are The Rough Riders, The Winning of the West, and his Autobiography. In addition to a legacy of written works, Roosevelt is immortalized along with George Washington, Thomas Jefferson, and Abraham Lincoln on Mount Rushmore, was posthumously awarded the Medal of Honour by President Bill Clinton for his charge up San Juan Hill during the Spanish-American War, and was given the title of Chief Scout Citizen by the Boy Scouts of America. Roosevelt died suddenly at his home, Sagamore Hill, on January 5, 1919. Roosevelt, along with his niece Eleanor and his cousin Franklin D., is the subject of the 2014 Ken Burns documentary The Roosevelts: An Intimate History.