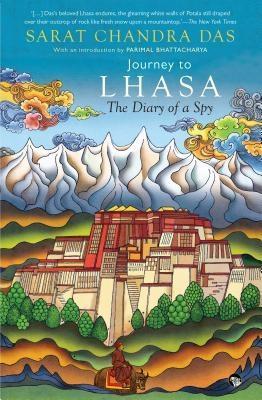 The Diary of a Spy.
von Sarat Chandra Das

Format:  EPUB
The Diary of a Spy.
Sprache: Englisch.

In 1874, the brilliant civil engineer Sarat Chandra Das was recruited by the British as a spy in Darjeeling. The Empire wanted to train local agents to gather in-depth intelligence about Tibet-a mysterious kingdom closed off to all outsiders for years-in order to consolidate their position in South Asia and outplay Russia in the Great Game.

Equipped with hidden compasses, hundred-bead rosaries (to discreetly measure distances), and an excellent knowledge of Buddhism and the local language, Das set out into the harsh early winter of 1881, through the snow-filled passes of Sikkim and Nepal on his second foray into Tibet.

Though an agent of its enemy, Das fell in love with the land of his mission. He stayed at the Tashilhunpo monastery for five months transcribing ancient Buddhist texts, studying the language and teaching English to the Panchen Lama. In his diary, he noted the various customs of dress, cuisine, architecture and the local politics throughout his journey. He also wrote about ordinary village life as he saw it-the extortion of the common people by the Chinese, and the ravages of smallpox in places with little or no medical help.

When he finally reached Lhasa, he was struck by the grandeur of the city's ancient shrines and the monasteries dotting its mountains. He even managed an audience with the thirteenth Dalai Lama, then an eight-year-old boy with 'rosy cheeks'.

Journey to Lhasa is the account of a treacherous yet illuminating adventure, which paints an intimate portrait of a people and a place that today exist only in memory.

'Sarat Chandra Das' (1849-1917) was born in Chittagong in East Bengal, now a part of Bangladesh, and studied civil engineering. In 1874 he was appointed headmaster of a school in Darjeeling; he was also a spy and adventurer, a linguist and Buddhist scholar. As a spy, he went to Lhasa twice-in 1879 for six months and in 1881 for fourteen months. The reports he wrote during these expeditions were published in 1902 as 'Journey to Lhasa'. Other than this travelogue, Das wrote spiritual and scholarly tracts and compiled a dictionary of the Tibetan language. His house, Lhasa Villa, still stands in Darjeeling today.