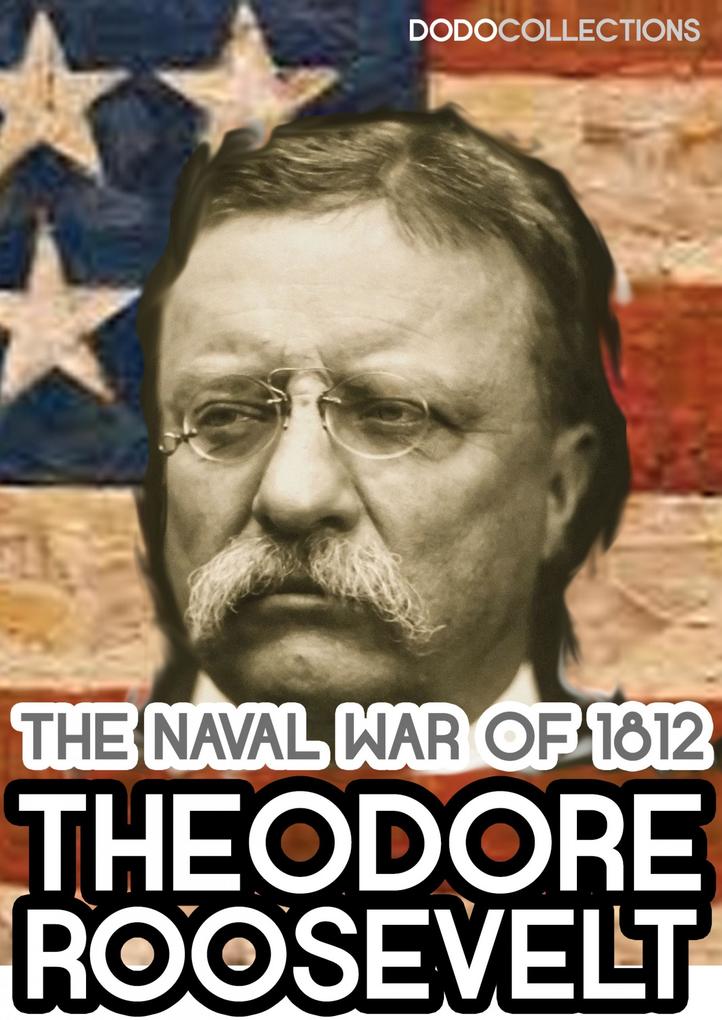 Dodo Collections brings you another classic from Theodore Roosevelt, 'The Naval War of 1812.'

Roosevelt was 23 when this was published. He had just been elected to the New York State Assembly; it was begun as his senior thesis at Harvard. A masterpiece, for those of us who relish naval history. This is a remarkable piece of historical writing, based on original documents, ships' logs, letters, official correspondence, study of blueprints and plans. He had to learn about sailing while he was writing the book.

Theodore Roosevelt, Jr., also known as T.R., and to the public (but never to friends and intimates) as Teddy, was the twenty-sixth President of the United States, and a leader of the Republican Party and of the Progressive Movement. He became the youngest President in United States history at the age of 42. He served in many roles including Governor of New York, historian, naturalist, explorer, author, and soldier. Roosevelt is most famous for his personality: his energy, his vast range of interests and achievements, his model of masculinity, and his "cowboy" persona.

Roosevelt was mostly home schooled by tutors and his parents.

Biographer H. W. Brands argues that "The most obvious drawback to the home schooling Roosevelt received was uneven coverage of the various areas of human knowledge." He was solid in geography (as a result of self study during travels), and bright in history, biology, French, and German; however, he struggled in mathematics and the classical languages. He entered Harvard College on September 27, 1876; his father told him "Take care of your morals first, your health next, and finally your studies".