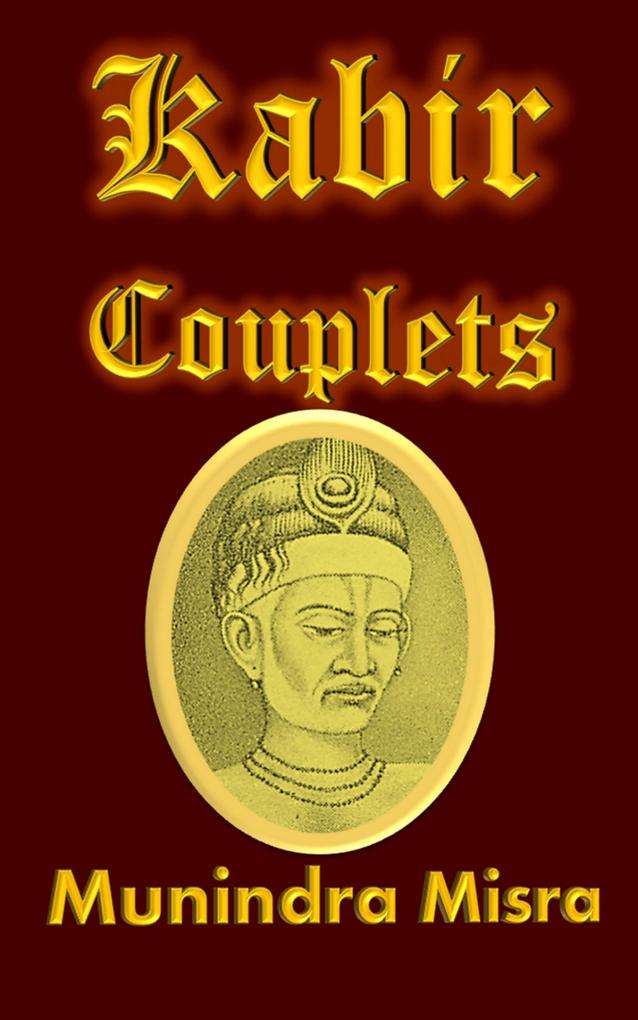 Kabir Couplets in English rhyme written by Munindra Misra and are presented with the original text.


By the religious traditions that revere him truly;


For Sikhs a precursor, interlocutor of Nanak be,


,
,
Who has come will go, be king, pauper, beggar surely,
One sitting on a throne, other chained by creed plainly.


,
,
Speak words that win hearts and the ego lost be,
Your body cool and calm, the others too are happy.


,
,
Kabir accumulate wealth which useful in future be,
On head bags of riches worldly not seen taking be.