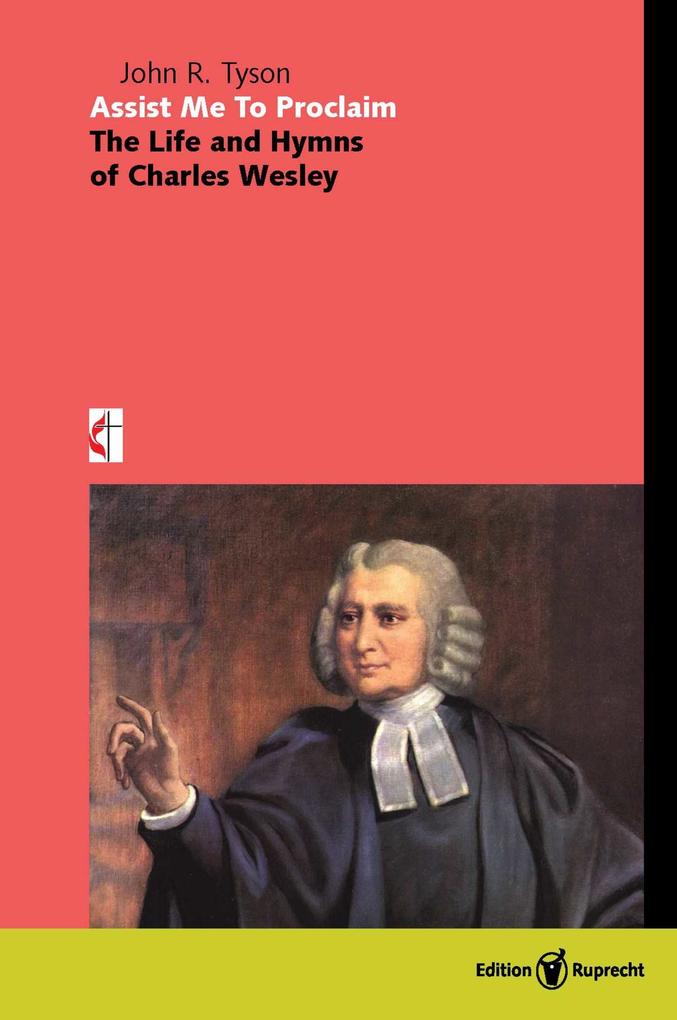 Assist Me To Proclaim

Charles Wesley (1707-1788) was the cofounder of Methodism and the author of more than 9000 hymns and sacred poems, including such favorites as »Hark! the Herald Angels Sing,« »O for a Thousand Tongues to Sing,« and »Christ the Lord Is Risen Today.« John Tyson here traces the remarkable life of this influential man from cradle to grave, using rare - including previously unpublished - hymns, letters, and journal materials. Assist Me to Proclaim draws a picture of a man whose fidelity to both the Church of England and the original vision of Methodism energized his remarkable abilities as a revivalist and hymn writer.

I want an even, strong desire,
I want a calmly present zeal,
To save poor souls out of the fire,
To snatch them from the verge of hell …

My every sacred moment spend In publishing the Sinner’s friend …
And lead them to thy open side, The sheep for whom the Shepherd died.

Charles assumed the churches of London would all clamour to hear George Whitefield again, especially as he could talk about his success in America. However, the church authorities were hostile and few invitations arrived. In February 1739 the editor of The Weekly Miscellany seized on Whitefield’s frequent references to the Oxford Methodists and sought to portray ‘Methodism’ as a new brand of Puritan dissent: At first we only looked upon the Methodists as well-meaning, zealous people … [who] would be righteous overmuch; and there were hopes that, when this devotional effervescence had boiled over, they would return to that proper medium where true piety and Christian prudence fix the centre. But instead … [they encourage] extempore effusions both in their prayers and expoundings … [and] pretend to a sort of sinless perfection, and boast of inward joys above other Christians.

Whitefield found it intensely frustrating to be denied access to so many pulpits when the response to his preaching was so positive. He therefore entered into a whirlwind of activity with the small but growing number of religious societies in London. Like the Wesleys, he asked band members to adopt a daily spiritual routine and to question each other more about their faith. The resulting increased effectiveness of the bands is attested to in many contemporary letters. One admirer of Whitefield later recalled:

The love I had for Mr Whitefield was inexpressible. I used to follow him as he walked the streets, and could scarce ref
rain from kissing the very prints of his feet.

However, opponents of the societies began satirizing all of them for their alleged Methodism, saying they were ‘void of sense’:

By rule they eat, by rule they drink,
Do all things else by rule, but think –
Accuse their priests of loose behaviour, To get more in the laymen’s favour;
Method alone must guide ’em all,
Whence Methodists themselves they call …
All men of thought with laughter view,
Of pity, the mistaken crew.

Gradually Whitefield lost patience and began publicly saying there were too many clergy who ‘believe only an outward Christ … [whereas we] believe that He must be inwardly formed in our hearts also’. He even began to speculate about preaching in the open air as an alternative means of reaching the people, but his friends thought this ‘a mad notion’.

Given what had happened after his earlier spontaneous preaching to the crowd at Tyburn, Charles strongly opposed open-air preaching. He felt it would only lead to further conflict, especially as it still involved preaching within someone else’s parish. He persuaded Whitefield it was preferable to put up with the persecution in the hope attitudes would change:

Let wicked priests, if God permit,
Out of the pale with fury cast,
The servants as the Master treat,
And nail us to his cross at last.