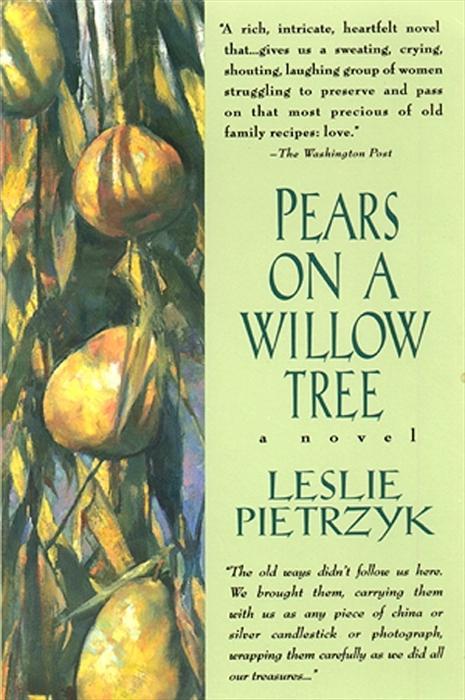 Pears on a Willow Tree

Pears on a Willow Tree is a multigenerational roadmap of love and hate, distance and closeness, and the lure of roots that both bind and sustain us all.

The Marchewka women are inseparable. They relish the joys of family gatherings; from preparing traditional holiday meals to organizing a wedding in which each of them is given a specific task -- whether it's sewing the bridal gown or preserving pickles as a gift to the newlyweds. Bound together by recipes, reminiscences and tangled relationships, these women are the foundation of a dignified, compassionate family--one that has learned to survive the hardships of emigration and assimilation in twentieth-century America.

But as the century evolves, so does each succeeding generation. As the older women keep a tight hold on the family traditions passed from mother to daughter, the younger women are dealing with more modern problems, wounds not easily healed by the advice of a local priest or a kind word from mother.

Amy is separated by four generations from her great-grandmother Rose, who emigrated from Poland. Rose's daughter Helen adjusted to the family's new home in a way her mother never could, while at the same time accepting the importance of Old Country ways. But Helen's daughter Ginger finds herself suffocating within the close-knit family, the first Marchewka woman to leave Detroit for the adventure of life beyond the reach of her mother and grandmother.

It's in the American West that Giner raises her daughter Amy, uprooted from the safety of kitchens perfuned by the aroma of freshly baked poppy seed cake and pierogi made by hand by generations of women. But Amy is about to realize that there may be room in her heart for both the Old World and the New.

Leslie Pietrzyk is the author of Pears on a Willow Tree. Her short fiction has appeared in many literary journals, including TriQuarterly, Shenandoah, and The Iowa Review. She lives in Alexandria, Virginia.