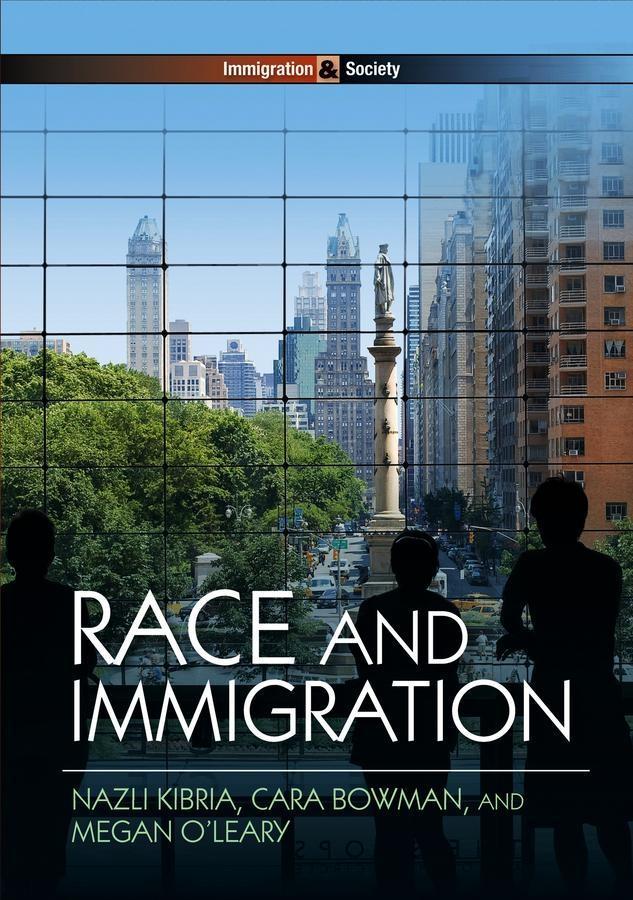 Immigration has long shaped US society in fundamental ways. With Latinos recently surpassing African Americans as the largest minority group in the US, attention has been focused on the important implications of immigration for the character and role of race in US life, including patterns of racial inequality and racial identity. This insightful new book offers a fresh perspective on immigration and its part in shaping the racial landscape of the US today. Moving away from one-dimensional views of this relationship, it emphasizes the dynamic and mutually formative interactions of race and immigration. Drawing on a wide range of studies, it explores key aspects of the immigrant experience, such as the history of immigration laws, the formation of immigrant occupational niches, and developments of immigrant identity and community. Specific topics covered include: the perceived crisis of unauthorized immigration; the growth of an immigrant rights movement; the role of immigrant labor in the elder care industry; the racial strategies of professional immigrants; and the formation of pan-ethnic Latino identities. Written in an engaging and accessible style, this book will be invaluable for advanced undergraduate and beginning graduate-level courses in the sociology of immigration, race and ethnicity.

NAZLI KIBRIA is Professor of Sociology at Boston University.

CARA BOWMAN is a doctoral student at Boston University.

MEGAN O'LEARY is a doctoral student at Boston University.

I’m here because most Americans agree that it’s time to fix a system that’s been broken for way too long. I’m here because business leaders, faith leaders, labor leaders, law enforcement, and leaders from both parties are coming together to say now is the time to find a better way to welcome the striving, hopeful immigrants who still see America as the land of opportunity. Now is the time to do this so we can strengthen our economy and strengthen our country’s future. Think about it—we define ourselves as a nation of immigrants. That’s who we are—in our bones. The promise we see in those who come here from every corner of the globe, that’s always been one of our greatest strengths. It keeps our workforce young. It keeps our country on the cutting edge. And it’s helped build the greatest economic engine the world has ever known.

Around much of the world today, issues of global migration—of movement across national borders—loom large in the political arena. This is certainly the case in the United States, where in the run-up to the 2012 Presidential election, immigration was among the hot-button issues that occupied campaign rhetoric. After winning a second term in office, President Obama spoke fervently of the need to fix the country’s “broken” immigration system. As we see in the above excerpt from a Presidential speech on immigration,1 U.S. political discourse on immigration has often been couched in nationalist imagery, of America as the “land of opportunity” and a “nation of immigrants.” Drawing on this imagery,
in the early months of 2013 President Obama set out a specific plan for immigration reform that included employer accountability, pathways to legalization for immigrants without papers, as well as easier access to visas for high-skilled immigrants.

In the immigration debates of the U.S. today, the theme of race is perhaps most noticeable for its seeming invisibility. When it is mentioned, the distinctiveness of race is depicted as a matter that can be overcome with the passage of time and hard work; over time there is assimilation into the American melting pot. Of course this is far from being always the case. The passage of watershed laws in U.S. immigration history, such as the 1882 Chinese Exclusion Act and the 1924 National Origins Act, were marked by openly expressed and virulent racism. But in early twenty-first century America, an open agenda of racial exclusion is no longer legitimate. Instead, a variety of “race-blind” arguments mark the immigration debates. Thus those who contend that the U.S. needs to build a taller and tighter fence to guard the U.S.-Mexico border do not speak of race, but rather of the need to deter the criminal activities that surround the border regions. Those who argue against an amnesty program for undocumented immigrants do not speak of race, but instead dwell on the importance of rewarding those who follow the laws of the land and punishing those who do not abide by them. And those who assert the need to extend more opportunities for the highly skilled to come to the U.S. do not speak of race, but cite the need for the U.S. to remain competitive in the global economy.

As suggested by these examples, contemporary immigration debates in the U.S. have been framed by an assumption of “color-blindness” or the notion that “race” should not and in fact does not matter today, although it might have in the past. But we would argue that denial of the realities of race and thei
r importance to immigration dynamics and processes in the U.S. does not reduce their significance. It only serves to obscure them. As Omi and Winant (1994) have put it: “Opposing racism requires that we notice race … that we afford it the recognition it deserves and the subtlety it embodies” (159).

A Race Optic and the Race–Immigration Nexus

We approach the study of immigration and race with a “race optic.” To explain this further, let us first take a step back and define “race.” In a race-conscious society such as the U.S., the answer to the question of what race is may seem obvious at first glance. In popular U.S. understandings, racial categories such as “black” and “white” are indicated by physical markers, most notably skin color, that in turn signal innate differences between people. But as we look at how the perceptions and meanings of the markers diverge across time and place, it becomes increasingly clear that these seemingly intrinsic differences are actually social and political constructions.

Drawing on critical race theories (Goldberg 1993; West 1995; Romero 2008), we see race as a political project rooted in histories of western colonialism and imperialism and thus marked by a core commitment to white privilege and power. We also understand race as “an organizing principle of society that persists on its own through its deep entrenchment in social structure and institutions, such that actors need not be conscious of their part in it to enjoy privilege allowing it to endure” (Weiner 2012: 333). Concurrently, race is an ongoing and constantly developing feature of power relations in society.

Specifically, we define a “race optic” to encompass the following ideas:

•  Race is an ascribed difference, one that is given and used by those in power to define others as different and in
ferior from themselves in ways that maintain their own (the dominant group’s) power.

•  The ascribed differences of race are essentialized or widely understood to be based on “given,” intrinsic group features.

•  Physical distinctions, such as that of skin color, can be used to draw boundaries between races and to signal intrinsic difference.

•  Cultural differences, signaled by such markers as language, dress, and food, can be used to draw boundaries between races and to signal intrinsic difference.

•  Racial formation or the social construction of race difference is organized by social institutions and the ideas and practices that are part of them.

•  Racial boundaries have consequences for those who are defined by them, in terms of choices, opportunities, and resources.

•  The dynamics of race interact with those of other axes of difference and inequality, including class, gender, nationality, and immigration status.

How does “race” compare with “ethnicity,” a concept with which it is often paired? A popular definition is that racial boundaries emerge from physical differences between peoples in contrast to ethnic boundaries, which are a product of cultural differences. As Cornell and Hartmann (1998) have noted, this way of differentiating the concepts of race and ethnicity overlooks the central role of power and external assignment in the creation of racial boundaries. Race and ethnicity are both social constructions. But racial boundaries are especially rooted in the efforts of dominant groups to create distinctions that affirm their power and superiority. Rather than external assignment, the emergence of ethnic groups involves self-assertions of collective identity that are based on &ld
quo;perceived common ancestry, the perception of a shared history of some sort, and shared symbols of peoplehood” (1998: 32). But along with these differences in underlying dynamics, it is also the case that racial and ethnic boundaries can overlap, as those who find themselves defined by others as a group also come to see themselves in collective terms. Racial boundaries thus shape and constrain the terrain of ethnic identity, in some cases facilitating and in other cases restricting ethnic formations.

Our analysis of immigration draws on a “race optic” or a perspective that looks closely at the significance of race in relation to the social phenomena under study. A race optic on immigration urges us to consider a set of critical questions about the ways in which racial divisions both shape and are shaped by immigrant arenas and experiences. For example, how are changes in immigration law informed by contests of racial power and privilege? How are racial ideologies shaped by the strategies that immigrants use to get ahead in the labor market? Do these strategies affirm prevailing racial boundaries? Or do they challenge them, thus fomenting struggles and changes in the racial order?

By posing and addressing these and other questions, we analyze the “race–immigration nexus”—a fluid and intertwined bundle of linkages between race and immigration, specifically among the institutions, ideologies, and practices that define these arenas. In the chapters that follow we look at selected aspects of the U.S. immigrant experience—laws, occupations, and identity formations. Through in-depth analysis of selected episodes and cases in the United...