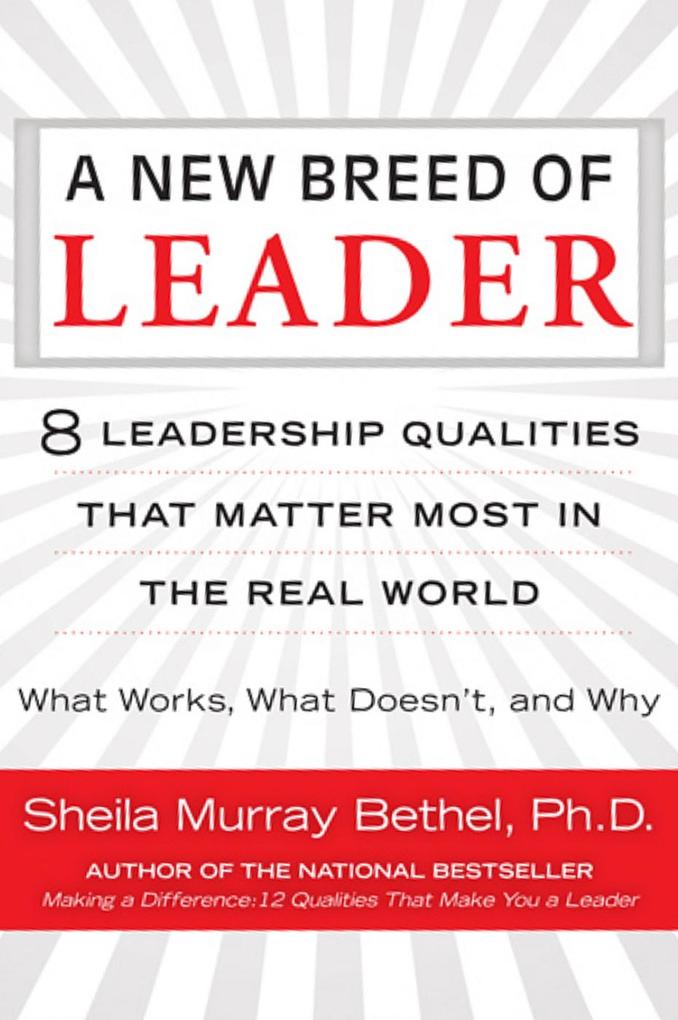 A New Breed of Leader

Format:  EPUB
8 Leadership Qualities That Matter Most in the Real World What Works, What Doesn't, and Why.
Sprache: Englisch.

Made For Success Publishing

Sheila M. Bethel is a Best Selling Author, Global Expert on Leadership, Change Management and Customer Service. Dr. Sheila Murray Bethel's client list reads like a Global Who's Who of Business, Trade Associations, Education and Government. She is a member of the Speaker Hall of Fame with over 3,000 presentations to over two million people in 20 countries. She brings a broad view of current trends and relevant issues that maximize human resources... solve people problems and increase bottom line results. Sheila shares real world solutions for real world issues.

Business savvy and people smart, Sheila understands how and why people perform at their best and what it takes to build and sustain a successful business. She is a thriving entrepreneur, and has built three successful companies

Sheila holds a PhD in Philosophy with a major in Communications, and has served on the adjunct faculty of Indiana Purdue University, San Francisco State University, and the University of Southern California. She is a currently a member of the Advisory Council for Amsted University based in Malaysia. Her books are used as course material and are in libraries in 127 universities and colleges worldwide.

Her latest of five books, A New Breed Of leader, 8 Qualities That Matter Most In The Real World, What Works, What Doesn't and Why is published in English and Chinese and is winning global praise such as:
"... uniquely in tune with the times...right book right era."
"... should be read by every business leader."
"If you wonder whether you are the kind of leader needed in the twenty-first century, you're about to find out."

In addition to wide experience in the profit and non-profit world Dr. Bethel has worked on special projects with four U.S. Presidents, Governors, Members of Congress, the Justice Department and the Military. She served on the Board of Advisors of America's Promise with General Colin L. Powel. Working with the Bush White House in 1990, she and her husband Bill founded the first business school in the old Eastern European block, located in Opole, Poland. Sheila has served on many Boards' of Directors in both the profit and non-profit sectors.