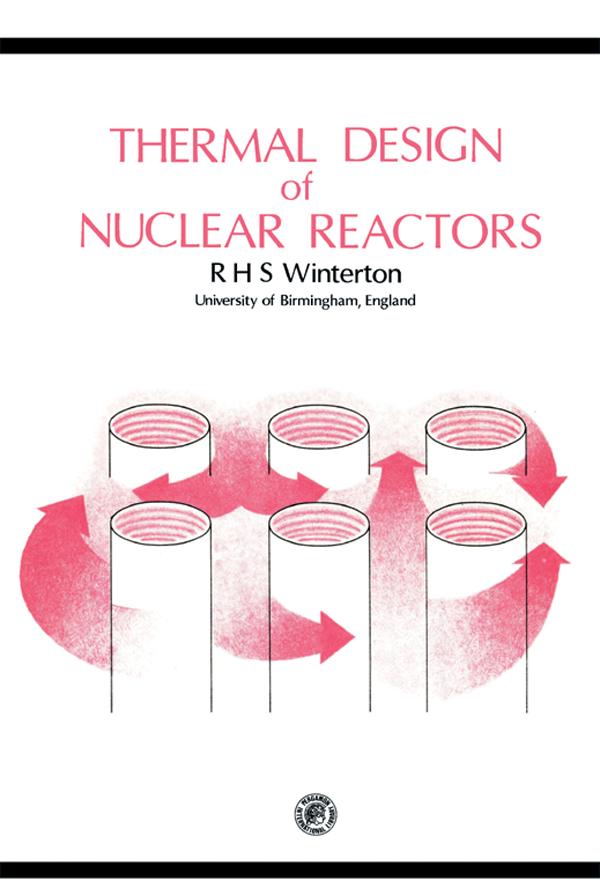 This chapter discusses the basic principles of reactor physics. It is difficult to understand the need for many components of a nuclear power plant without some appreciation of the way in which the release of nuclear energy is achieved. The source of the heat that is produced in a nuclear power plant is fission. The only naturally occurring isotope that is capable of a self-sustaining fission reaction is uranium-235. In addition to the fission reaction, there are three other types of reactions that are important. The first type is elastic scattering, in which the neutron simply bounces off the nucleus. Total kinetic energy is conserved, which means that the neutron loses kinetic energy. All isotopes exhibit this form of scattering; therefore, the neutrons that escape any other type of reaction steadily slow down. The second type of reaction is inelastic scattering, which is significant in U238 at energies over about 0.1 MeV. The neutron is absorbed to form a U239 nucleus, which immediately reverts to U238 giving out a neutron and a γ-ray. The net effect is that much of the kinetic energy of the neutron is lost to the γ-ray. The third type of reaction is capture, where an isotope of one higher mass number is formed.

This chapter briefly summarises the basic principles of reactor physics. It is difficult to understand the need for many of the components of a nuclear power plant without some appreciation of the way in which the release of nuclear energy is achieved. More detailed information can be found in textbooks on reactor physics, e.g. [1,2].

The source of the heat that is produced in a nuclear power plant is fission, i.e. the splitting of a large atom into two smaller atoms. The only naturally occurring isotope that is capable of a self-sus
taining fission reaction is uranium-235. One possible reaction when this isotope is bombarded by neutrons is as follows:

Equation (1.1) is only one of many possible U235 fission reactions. The first step is always the formation of a compound nucleus of uranium-236. This immediately splits into two smaller nuclei plus two or three neutrons. As shown in Figure 1.1 there are a large number of possible fission products. The fission products are radioactive, having too many neutrons in the nucleus for stability, and in a few cases decay after a time of the order of a few seconds by emitting a neutron. The usual decay mode is to give out beta particles and gamma rays, i.e. a neutron in the nucleus turns into a proton plus an electron, and the electron (or β-particle) is ejected at high velocity. The β-emitters have half-lives ranging from seconds to years.

The two most important features of the fission reaction are the fact that more neutrons are produced than were required to initiate the reaction, and the large amount of energy released. On average 2.43 neutrons are produced per U235 fission, so there is the possibility of a self-sustaining chain reaction, at any rate in pure U235 (natural uranium is 0.7% U235 and the rest U238). The total energy released per fission is about 200 MeV and the neutrons produced in fission have an average kinet
ic energy of about 2 MeV. These quantities are related to SI units by

The distribution of this energy release in time and space is important, and the first step is to know how the energy is divided among the various particles. There are a number of extra points to note. Firstly, the particles produced in equation (1.1) are accompanied by γ-rays emitted instantaneously in fission. Secondly, there are other particles, antineutrinos, given off in association with β-decay. These go straight through the concrete shielding of the reactor, taking their energy with them. They contribute nothing to the heat output of the reactor, and will be ignored in what follows. Thirdly, some of the neutrons in the reactor are captured by other nuclei and do not undergo fission. A small amount of energy is released in the capture reaction, and more later if the new isotope is radioactive. This energy is not produced directly in fission, but must be taken into account in estimating the total heat output. The energy associated with each type of particle is given in Table 1.1.

ENERGY RELEASED PER THERMAL FISSION OF U235 [3]

The distance that the fission products and the β-particles travel in giving up their energy is short, so all thei
r energy will appear as internal energy in the uranium fuel elements, i.e. the initial kinetic energy is converted to the random energy of movement of the individual atoms in the fuel. The fast neutrons and γ-rays have a range of several cm or more. The core is the region of the reactor containing the fuel, and there must in practice be other materials apart from uranium present, so the energy of the neutrons and γ-rays may appear anywhere in the core. However, the fuel elements are very massive, and most of the remaining energy will end up in the fuel as well. So perhaps 95% of the thermal energy will appear in the fuel, and 5% elsewhere in the core, the precise figures depending on the detailed design.

The next problem is what happens when the reactor is shut down. About 7% of the energy released is associated with the decay of the fission products. This will continue after the fission reactions have ceased, and there is no way of stopping it. While the 7% figure only applies for the first second or two heat will continue to be produced at a lower level indefinitely (equation (7.12)). The cooling system must therefore be capable of operating at a reduced level even when the reactor is shut down and no fission is taking place.

The value of 202.0 MeV for the total energy produced has an error of ± 0.6 MeV, and anyway depends slightly on assumptions made about the structure of the core in estimating the capture contribution, so for most purposes the energy released per fission can be taken as 200 MeV or 3.20 × 10−11 J.

In practice there will be many other isotopes present in the reactor in addition to U235, and each of the isotopes is capable of at least two distinct types of nuclear reaction with the neutrons. We need some method of quantifying the probability of a particular reaction occurring, and this is given by the reaction cross-section
. The definition of the reaction cross-section is itself bound up with the definition of neutron flux.

Suppose we have a beam of n neutrons per unit volume travelling in the same direction with velocity v. Then the neutron flux is

i.e. it is the number of neutrons striking unit area in unit time.

If this beam encounters a medium containing N atoms per unit volume of a particular isotope, and each atom has a microscopic cross-section for a particular nuclear reaction σ, then the rate of reaction is

It is as if each nucleus presents an area σ to the flow of neutrons, and any neutrons striking this area cause a nuclear reaction. However, σ should not be thought of as the real physical cross-section of the nucleus since σ varies enormously with neutron speed v.

Numerical values of σ turn out to be of the order of 10−28 m2, so it is convenient to measure σ in units of barns.

The neutrons in a reactor are travelling in different directions and at different velocities, and the situation is much more difficult to visualise. The neutron flux is now defined as the number of neutrons crossing unit area perpendicular to their direction of travel per unit time integrated over all directions. Equation (1.3) still applies.