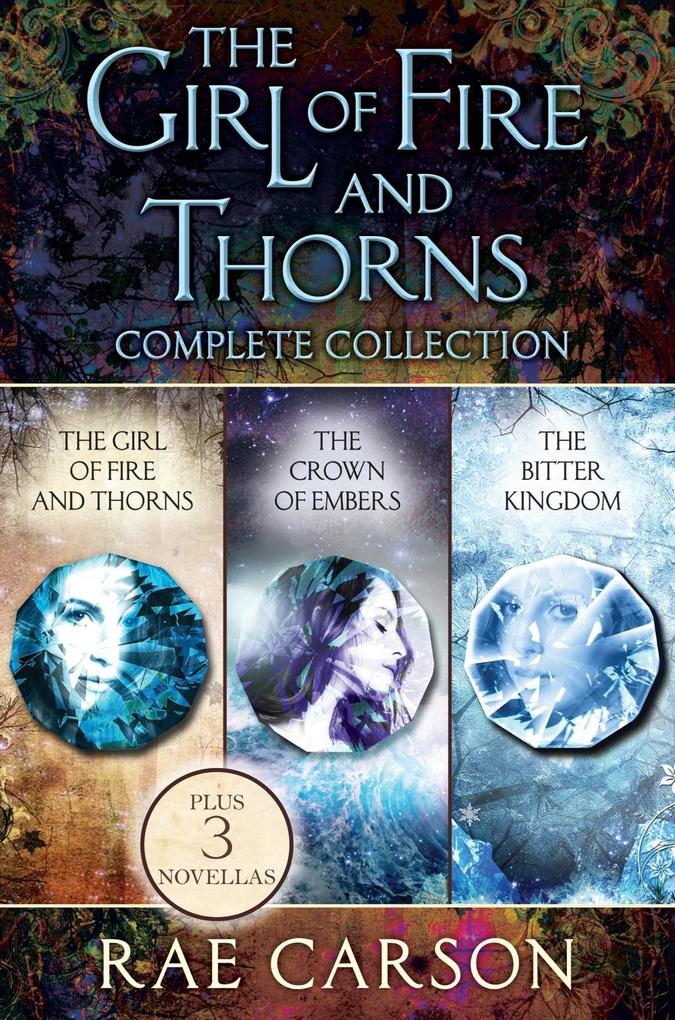 The Girl of Fire and Thorns Complete Collection

The Girl of Fire and Thorns, The Shadow Cats, The Crown of …
von Rae Carson

Format:  EPUB
The Girl of Fire and Thorns, The Shadow Cats, The Crown of Embers, The Shattered Mountain, The King's Guard, The Bitter Kingdom.
Sprache: Englisch.

"Carson joins the ranks of writers like Kristin Cashore, Megan Whalen Turner, and Tamora Pierce as one of YA's best writers of high fantasy.”—Locus Magazine

All three volumes of Rae Carson's New York Times‒bestselling The Girl of Fire and Thorns trilogy plus the three novellas set in the same world, available together! An insecure princess with an unclear destiny becomes a secret bride, a revolutionary, a queen, and—finally—the champion her world so desperately needs in this epic fantasy series that Tamora Pierce called "engrossing" and that Veronica Roth said was "intense, unique . . . definitely recommended."

Once every century, one person is chosen for greatness. But the prophecy is vague, and Elisa has no idea why she was chosen or how she will fulfill the expectations. Her future is unknown and her potential is tremendous—even if she doesn't realize it. A sweeping fantasy series about a young woman finding her true strength, this is perfect for fans of Kristin Cashore's Graceling and George R. R. Martin's Game of Thrones.

This collection includes the three volumes of the trilogy: book one, The Girl of Fire and Thorns; book two, The Crown of Embers; and book three, The Bitter Kingdom. It also includes the three novellas set in the world of the series: The Shadow Cats, The Shattered Mountain, and The King's Guard.

Don't miss Empire of Dreams, Rae Carson's action-packed return to the world of The Girl of Fire and Thorns, coming in 2020!

Rae Carson is the author of two bestselling and award-winning trilogies. Her debut, The Girl of Fire and Thorns, was named a William C. Morris Award finalist and an Andre Norton Award finalist. Walk on Earth a Stranger was longlisted for the 2015 National Book Award and won the Western Writers of America Spur Award. Her books tend to contain adventure, magic, and smart girls who make (mostly) smart choices. Originally from California, Rae Carson now lives in Arizona with her husband. www.raecarson.com