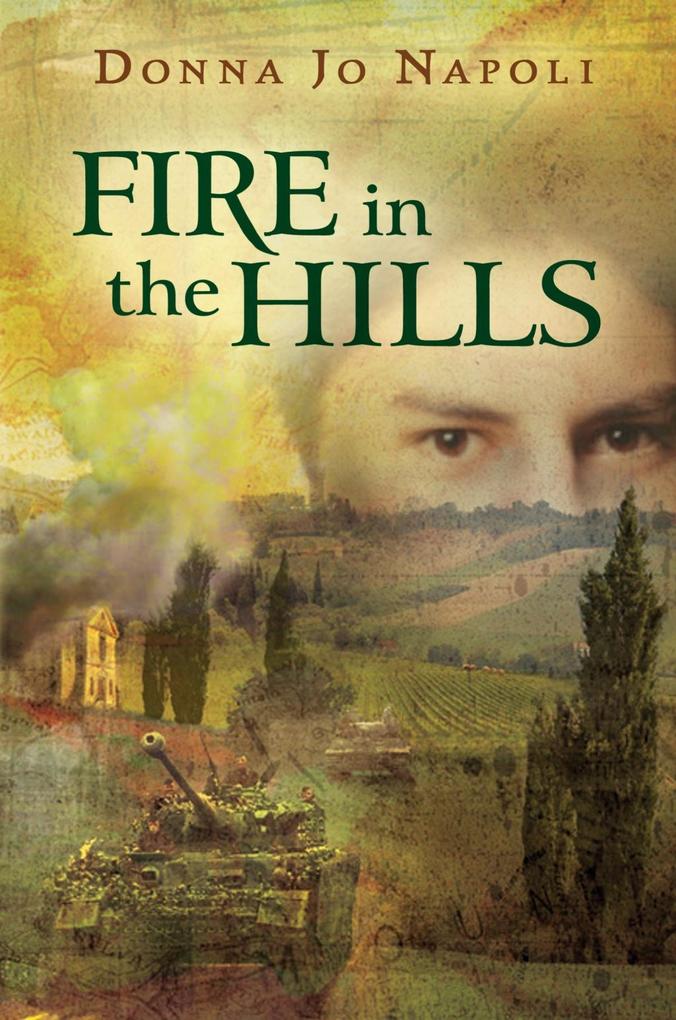 Fire in the Hills

It?s been two years since fifteen-year-old Roberto was kidnapped and forced to work in a German labor camp. After finally escaping, he?s made his way back to Italy. Roberto is desperate to return to the safety of his family, but how can he turn his back on the war while so many people are suffering? Roberto joins the resistance movement, and smuggles guns and secret information to rebel fighters. Every mission takes him closer to home, but every mission is even more dangerous than the last. Will Roberto survive and make his way home?

In 1993, Napoli's versatility became evident with the publication of The Prince of the Pond (1992) which won the New Jersey Reading Association's M. Jerry Weiss Book Award in 1997 andThe Magic Circle (1993). The former, a light fantasy that revisits the frog prince motif, highlights hertalent for humor. The latter, a young adult novel, also revisits a fairy tale ("Hansel and Gretel," in this case), but there the similarities to her humorous books end. In this dark tale told from the point of view of the witch, Napoli tells a tale of outward corruption and inner purity, filled withspellbinding imagery. School Library Journal said, "The strength of Napoli's writing and the clarity of her vision make this story fresh and absorbing. A brilliantly executed novel that is sure to be appreciated by thoughtful readers."

Perhaps Napoli's versatility can be explained in part by her background in linguistics and poetry. She is currently a professor of linguistics and chair of the linguistics program at Swarthmore College, where she also teaches courses in writing fiction for children. In addition to writing forchildren, she is a published poet and coeditor of four poetry volumes.

Donna Jo Napoli is the author of many books, including Soccer Schock(1991), The Prince of the Pond(1992), The Magic Circle (1993), When Water Closes Over My Head(1994), Shark Shock (1994), Jimmy, The Pickpocket of the Palace -- the highspirited sequel to The Prince of the Pond, The Bravest Thing (1997), On Guard (1997), Changing Tunes (1998), and also the award-winning novel Zel (1996), a Bulletin Blue Ribbon, School Library Journal Best Book of the Year, and a Publishers Weekly Choice of the Years Best books.Donna Jo Napoli's Stones in Water(1997),is the wrenching novel of a boy caught in a war he hates. It won the Golden Kite Award in 1997.

Donna Jo Napoli lives in Swarthmore, Pennsylvania, with her husband Barry and their five children. She has received three degrees from Harvard University: a B.A. in Mathematics, anM.A. in Italian Literature, and a Ph.D. in General and Romance Linguistics. She has taught on the university level since 1970, is widely published in scholarly journals and has received numerous grants and fellowships in the area of linguistics.