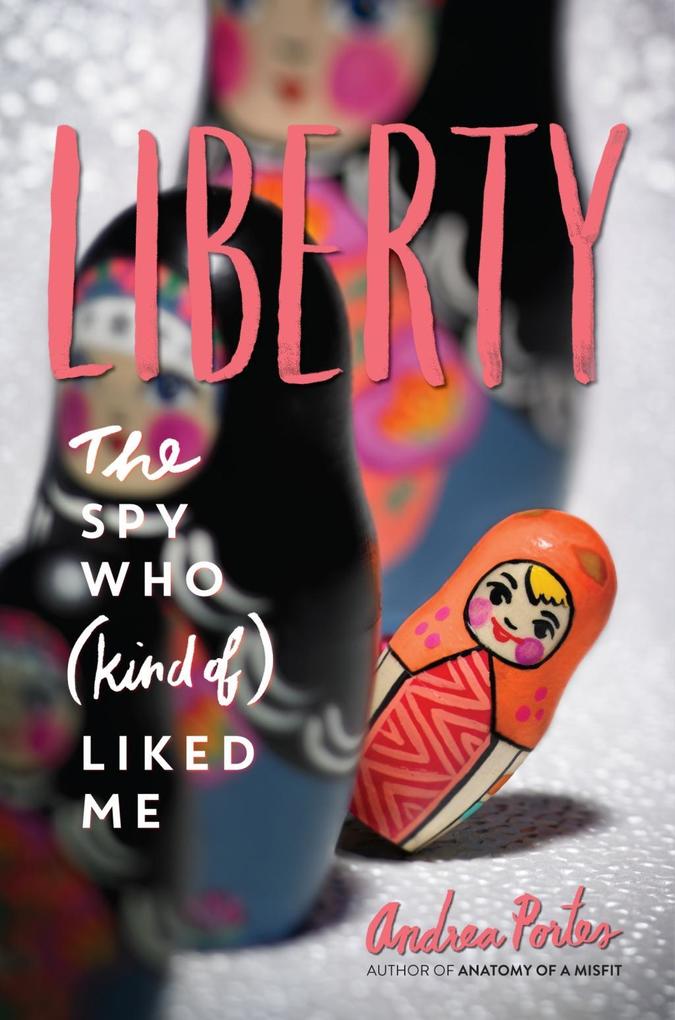 The Spy Who (Kind of) Liked Me. Empfohlen ab 13 Jahre.
von Andrea Portes

The bestselling author of Anatomy of Misfit and The Fall of Butterflies, Andrea Portes, is back with another irresistible snarky heroine in Liberty.

What is a hero? Paige Nolan knows. Edward Raynes, the young man who exposed America's unconstitutional spying techniques, is a hero, even if half the dum-dums in the country think he's a traitor. Or Paige's parents, journalists who were captured by terrorists while telling stories of the endangered and oppressed. They were heroes, too. Were. . . or are—no one has ever told Paige if they're still alive, or dead.

Not heroes? Anyone in the government who abandoned her parents, letting them rot somewhere halfway across the world. And certainly not Paige herself, who despite her fluency in five languages and mastery of several obscure martial arts (thanks, Mom!) could do nothing to save them.

Couldn't, that is, until she's approached by Madden Carter, an undercover operative who gives her a mission—fly to Russia, find Raynes, and discover what other government secrets he's stockpiled. In exchange, he'll reopen the case on her missing parents. She's given a code name and a cover as a foreign exchange student.

Who is a hero? Not Paige Nolan, but maybe, just maybe, Liberty is.

Andrea Portes is the bestselling novelist of two critically lauded adult novels, Hick, her debut, which was made into a feature film starring Chloë Grace Moretz, Alec Baldwin, Blake Lively, Eddie Redmayne, and Juliette Lewis, and Bury This. Her first novel for young adult readers, Anatomy of a Misfit, was called "perfection in book form” by Teen Vogue. Her other YA novels include The Fall of Butterflies and Liberty: The Spy Who (Kind of) Liked Me. Andrea Portes's spooky, timeless middle grade debut is Henry & Eva and the Castle on the Cliff.

Andrea grew up on the outskirts of Lincoln, Nebraska. Later, she attended Bryn Mawr College. Currently she lives in Los Angeles with her husband, Sandy Tolan, their son, Wyatt, and their dog, Rascal. You can visit her online at www.andreaportes.squarespace.com.