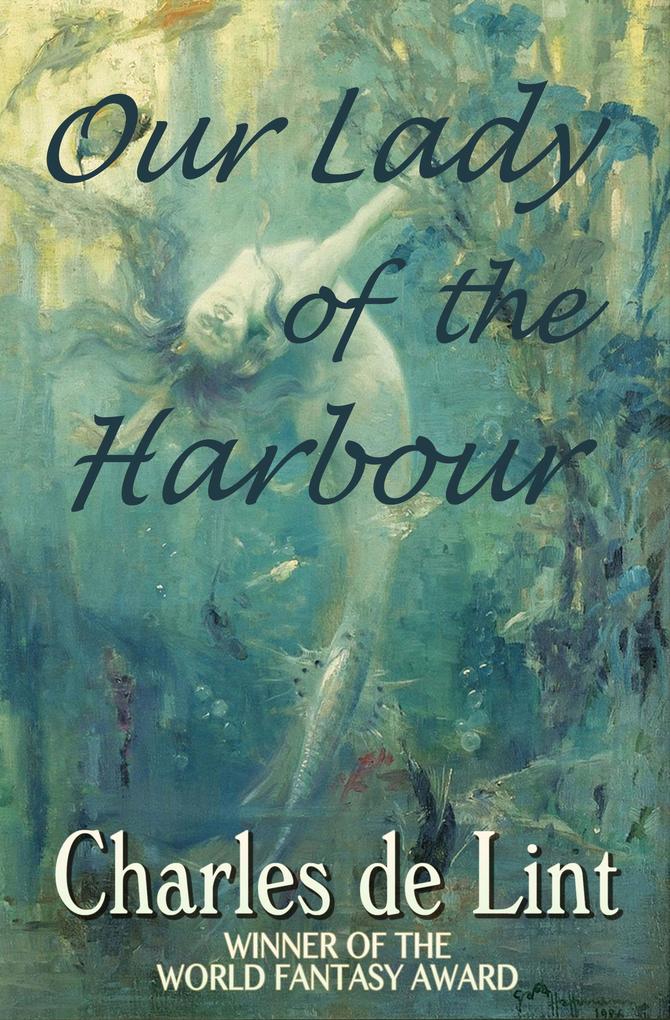 Our Lady of the Harbour

Titel: Our Lady of the Harbour
Autor/en: Charles De Lint

She'd been underlake when the sound of his voice drew her up from the cold and the dark, up into the moonlight, bobbing in the white-capped waves; listening, swallowing that golden sound of strings and voice, and he so handsome and all alone on the shore.

This modern take on Hans Christian Anderson's The Little Mermaid reveals the aching beauty and peril of falling in love. A finalist for the 1992 World Fantasy Award, this novella was originally published as a limited edition chapbook by Axolotl Press (1991), and later appeared in de Lint's acclaimed first Newford collection, Dreams Underfoot (1993).

Charles de Lint is the modern master of urban fantasy. Folktale, myth, fairy tale, dreams, urban legend-all of it adds up to pure magic in de Lint's vivid, original world. No one does it better.

Charles de Lint writes like a magician. He draws out the strange inside our own world, weaving stories that feel more real than we are when we read them. He is, simply put, the best.
- Holly Black

In a culture that privileges detachment and irony Charles de Lint dares to write with passion and conviction, insisting that truth, compassion, and the creation of beauty in the world are things that matter. He's not on a soapbox, he's not didactic, he's just telling stories-but those stories are searing.

A man who makes the world a better place than he found it.

What makes de Lint's particular brand of fantasy so catchy is his attention to the ordinary. Like great writers of magic realism, he writes about people in the world we know, encountering magic as a part of that world. Fairy tales come true, and their magic affects realistic characters full of particular lusts and fears.

To read de Lint is to fall under the spell of a master storyteller, to be reminded of the greatness of life, of the beauty and majesty lurking in shadows and empty doorways.

De Lint's elegant prose and effective storytelling continue to transform the mundane into the magical at every turn.

Charles de Lint's greatest strength...is his obvious love for his characters, and empathy for people generally. ...he is showing us people living up to their potential, rather than down to it. And that is what makes de Lint's books rewarding.

Every story, every book I've read by Charles de Lint has touched me in some way-his words make me care very deeply for his characters and their surroundings.

Charles de Lint is one of those rare authors whose work is envied by writers and book editors as much as by his fans…if you don't find something in the plot to keep you turning pages ravenously (and I'm sure you will), then the colourful characters…will charm you thoroughly.

Charles de Lint has won the World Fantasy, Aurora and Sunburst awards, among many others.

Schreiben Sie eine Bewertung für: Our Lady of the Harbour