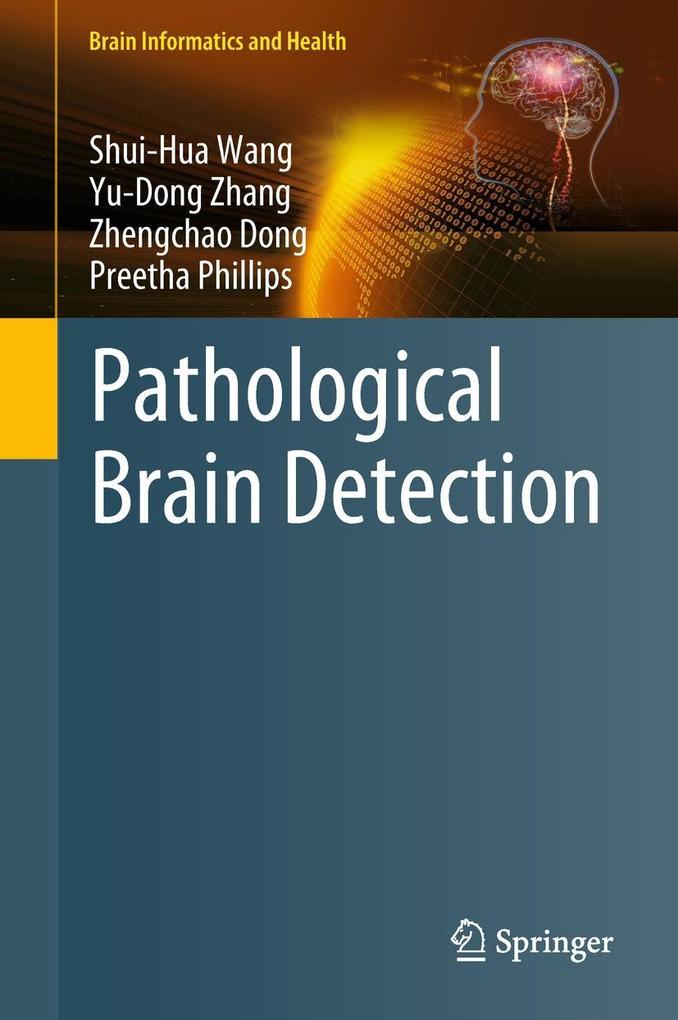 This book provides detailed practical guidelines on how to develop an efficient pathological brain detection system, reflecting the latest advances in the computer-aided diagnosis of structural magnetic resonance brain images. Matlab codes are provided for most of the functions described. In addition, the book equips readers to easily develop the pathological brain detection system further on their own and apply the technologies to other research fields, such as Alzheimer's detection, multiple sclerosis detection, etc.

Dr. Shui-Hua Wang received her B.S. degree from Southeast University in 2008 and an M.S. from the City University of New York in 2012. She received her Ph.D. from Nanjing University in 2016. She is currently an assistant professor at Nanjing Normal University, and a visiting researcher in University of Leicester, UK. She serves as the editor of Journal of Alzheimer's disease. In the past, she served as the guest lead editor of International Journal of Biomedical Imaging and Multimedia Tools and Application.

Prof. Dr. Yu-Dong Zhang received his B.S. and M.S. degrees from Nanjing University of Aeronautics and Astronautics in 2004 and 2007. He received his Ph.D. degree in Signal and Information Processing from Southeast University in 2010. From 2010 to 2012, he worked at Columbia University as a postdoc. From 2012 to 2013, he worked as a research scientist at Columbia University and New York State Psychiatric Institute. From 2013 to 2017, he worked as a full professor and doctoral advisor at School of computer science and technology at Nanjing Normal University. From 2018, he is a full Professor in Department of Informatics, University of Leicester, UK. His research interests include biomedical image processing, pattern recognition, and artificial intelligence.

Preetha Phillips is currently pursuing her Doctor of Osteopathic Medicine degree at West Virginia School of Osteopathic Medicine. She received her B.S. degree from Shepherd University in May 2016. She has conducted research on using magnetic resonance spectroscopy (MRS) to diagnose panic disorder, and on the analysis of pain mechanisms in rats.