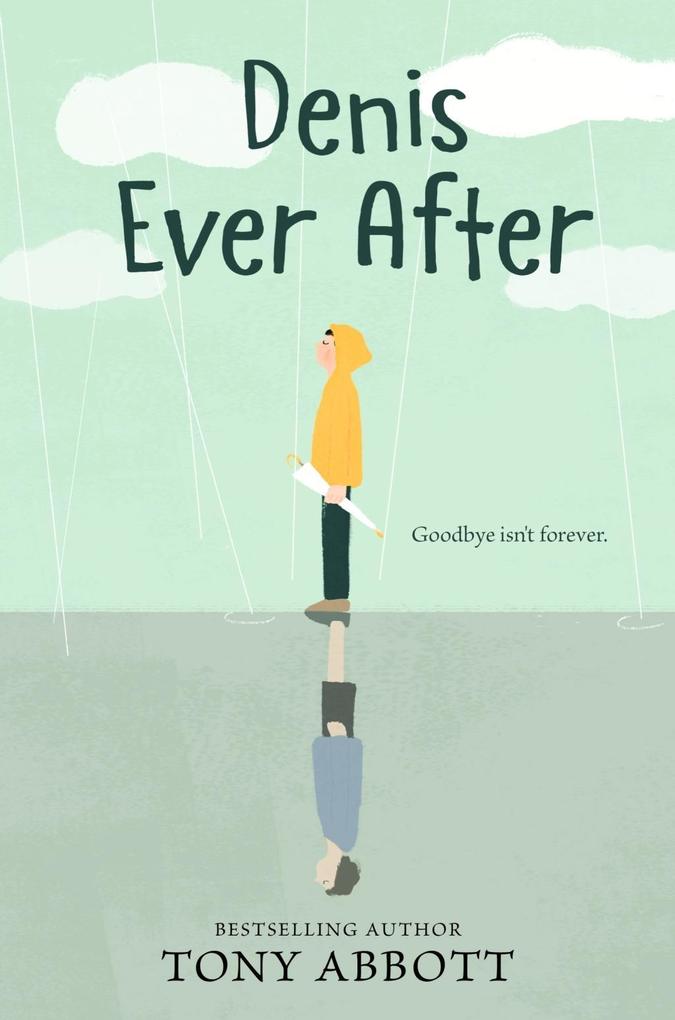 Written by award-winning author Tony Abbott and perfect for fans of The Ethan I Was Before and The Thing About Jellyfish, this bittersweet middle grade novel follows the ghost of Denis Egan as he teams up with his living twin brother to solve the mystery of his death.

He's okay with that. It's been five years since he died, and the place where souls go is actually pretty nice. Sure, there are some things about his life and how it ended he can't quite recall, but that's how it's supposed to be. Remembering could prevent Denis from moving on to whatever's next.

However, something is standing in his way. His twin brother Matt can't let go of him, and as long as the living are holding on to his memory, Denis can't rest in peace.

To uncover the truth about what happened that day five years before, Denis returns to his hometown and teams up with Matt. But visiting for too long has painful consequences for Denis, and Matt's renewed interest in his brother's passing is driving a wedge between his still-grieving parents.

Can the two boys solve the mystery of Denis's death without breaking apart the family he's left behind?

Tony Abbott is the author of over a hundred books for young readers, including the bestseling series the Secrets of Droon and the Copernicus Legacy and the novels Firegirl and The Summer of Owen Todd. Tony has worked in libraries, in bookstores, and in a publishing company and has taught creative writing. He has two grown daughters and lives in Connecticut with his wife and two dogs. You can visit him online at www.tonyabottbooks.com.