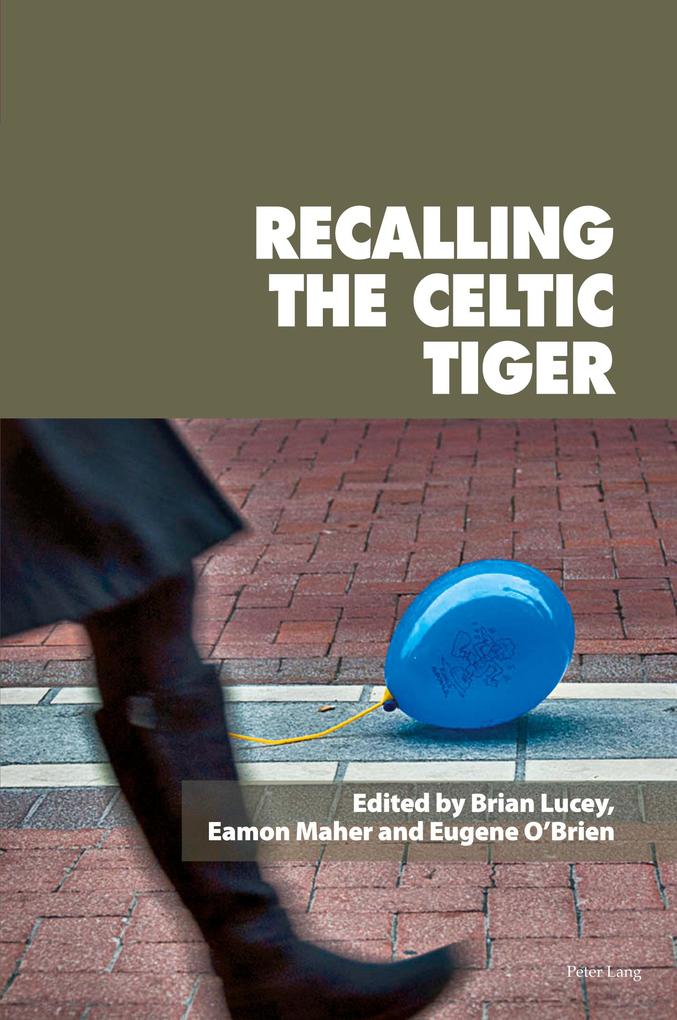 This book looks at various effects, symptoms and consequences of the period in Irish culture known as the Celtic Tiger. It will trace the critical pathway from boom to bust - and up to the current beginnings of a similar, smaller boom - through events, personalities and products. The short entries offer a sense of the lived experience of this seismic period in contemporary Irish society.

While clearly not all aspects of the period could realistically be covered, the book does contain essential information about the central actors, events, themes, and economic trends, which are discussed in a readable and accessible manner. Each entry is linked to the overall Celtic Tiger phenomenon and its immediate aftermath.

The book also provides a comprehensive account of what happened in this period and will be a factual resource for anyone anxious to discover information on the areas most commonly connected to it. All entries are written by experts in the area. The contributors include broadcasters, economists, cultural theorists, sociologists, literary critics, journalists, politicians and writers, each of whom brings particular insights to some aspect of the Celtic Tiger.

Eamon Maher is Director of the National Centre for Franco-Irish Studies in TU Dublin and is the General Editor of two series with Peter Lang: Reimagining Ireland and Studies in Franco-Irish Relations. His most recent book, an edited collection with Derek Hand, is Essays on John McGahern: Assessing a Literary Legacy (Cork University Press, 2019).


Eugene O'Brien is Head of the Department of English Language and Literature in Mary Immaculate College. He also acts as Director of the College's Institute for Irish Studies. He wrote the first book in Peter Lang's Reimagining Ireland series.

«Recalling the Celtic Tiger offers a much needed reappraisal of a hugely important sea change in modern Irish society. By tackling issues surrounding religion, literature and culture, in addition to the financial and economic factors, the short essays provide a comprehensive analysis of how Ireland was affected by the years of boom and bust.» (Declan Kiberd, Keough Professor of Irish Studies at Notre Dame University)

«'The Celtic Tiger was a dramatic period in Irish history when a troubled and economically backward country suddenly seemed to have discovered Aladdin's lamp and all its wishes came true. It was liberating, exhilarating, self-delusional and ultimately disastrous and we are still living with its dodgy legacy. This brilliantly conceived kaleidoscope of a book, with its constantly shifting perspectives and superbly succinct mini-essays, is full of information, insight, wit and judgement and amounts to the best overview of the excitement and the madness we are ever likely to get.» (Fintan O'Toole, Irish Times journalist and writer)

«Recalling the Celtic Tiger is full of short, digestible reads which remind us of the sheer breadth of the collapse and the socio-cultural context which was often drowned out by an overconcentration on economic analysis.» (Miriam O'Callaghan, Broadcaster and Journalist.)

«a timely and useful reminder that the Tiger and its demise was not just, or even primarily, an economic phenomenon, but had profound socio-cultural roots and ongoing impact» (Sarah Carey, Columnist and Broadcaster)