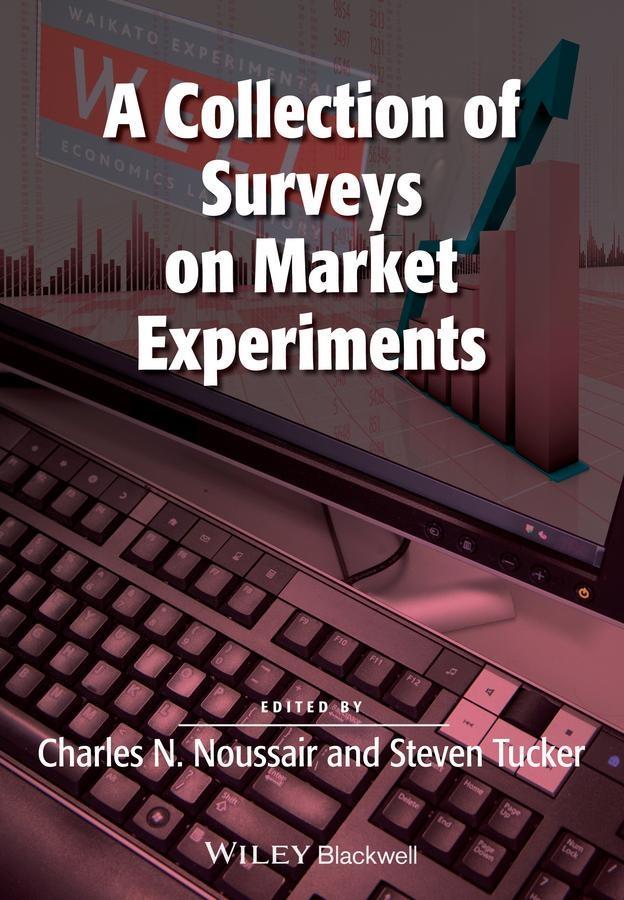 A Collection of Surveys on Market Experiments

Titel: A Collection of Surveys on Market Experiments

A COLLECTION OF SURVEYS ON MARKET EXPERIMENTS

This special issue contains ten surveys of different streams of research on experimental markets. The literature on experimental markets has its origins in work on competitive markets and oligopoly with seminal contributions by Smith (1962), Fouraker and Siegel (1963), and Sauermann and Selten (1959). Over the last five decades, as laboratory experimental methods have gained acceptance in economics, the experimental literature on market behavior has branched out in many directions. Its evolution has been influenced by developments in theory, policy debates that have arisen, and the introduction of new tools for conducting experiments. This special issue includes surveys of some of the many productive lines of experimental research that have helped economists gain more understanding of how markets operate.

The first paper, by Casoria and Riedl (2013), considers experimental work on labor markets. Two special features typically characterize these markets. The first is that, unlike a market for a typical commodity, the seller of labor can take conscious actions that affect its value after a contract has been agreed. This creates the possibility of reciprocity, as for example a higher wage can be reciprocated with greater work effort. This had led to extensive experimental work, beginning with the work of Fehr et al. (1993) on the relationship between the contract under which an employee (a seller) is working and the effort or output he produces. The second special feature of a labor market is that the demand for labor is derived, typically from activity in the market for the output the labor is used to produce. The last part of the Casoria and Riedl article considers experiments with this feature, which typically involve an economy with markets fo
r both output and labor in operation.

Interacting markets for labor and output are one type of general equilibrium structure. A focused but probing line of research has gone beyond the classical condition of a single market operating in isolation with stable dynamic properties. The article by Crockett (2013) surveys various types of general equilibrium experiments. The first part of his article is concerned with price dynamics in experimental markets, both within and between market periods. The latter part considers multiple market economies, including some experimental studies focused on international, macro and monetary economics.

The experiments considered in the two previous articles are motivated by competitive theoretical models assuming price taking on the part of buyers and sellers. This assumption is recognized as unsatisfactory for oligopoly. In response to this problem, strategic game theoretic models have been developed for markets with a small number of firms. These models have been subject to extensive experimental investigation. The article by Potters and Suetens (2013) in this special issue surveys some of the more important developments in the experimental study of oligopoly since the year 2000. They survey work on simultaneous and sequential price and quantity competition, innovation, and price dispersion. They also discuss dynamics in oligopoly games and factors that influence sellers’ ability to collude.

Another important application of game theory in economics has been in the study of auctions. An extensive experimental literature has investigated the behavioral properties of different auctions, motivated both by testing models of bidding behavior as well the development of auctions for use in policy applications. The article by Kwasnica and Sherstyuk (2013) considers a subfield of experimental research that has grown rapidly in recent years; that on multi-unit auctions. In such auctions, more than one unit is sold to
a group of bidders. Kwasnica and Shestyuk discuss a number of important issues. They distinguish between settings with single and with multi-unit demand at the level of the individual buyer, which are very different in their properties. They discuss the effect of synergies in preferences and how auctions can be designed to realize efficient allocations in the presence of such synergies. They also discuss the impact of institutional details and factors that enhance and reduce collusion in multi-unit auctions.

Auctions are a type of competition in which those who commit the most resources and bid the most have the greatest chance of winning. The auctions considered in most of the literature, including the survey discussed in the last paragraph, have the feature that losing bidders do not incur any losses other than their opportunity cost of not winning the item. However, many types of competition have the feature that those who lose the competition are worse off than if they had not entered because they have expended resources that they cannot recover. Such situations are called contests. The survey of Sheremeta (2013) surveys experimental work in this area. He focuses on two dominant phenomena uncovered in this literature. These are the tendency to overbid, often so aggressively that bidders lose money in expectation, and the great heterogeneity in bidder behavior. He explores a number of potential drivers for each of the two patterns.

Market experiments have also been used for policy formulation in a number of countries. Friesen and Gangadharan (2013) survey developments in the area of policy experiments. They argue that experiments are particularly useful for understanding complex environments, for which theoretical modeling is intractable. They review experiments in environmental policy, focusing on emissions trading experiments in detail. They also review some work on experiments to develop markets for water use, resource conservation and agricultur
al policy.

The article by Camera et al. (2013) considers a potential source of friction in market operation. This is the fact that market participants interact with a particular other party infrequently, and interacting agents often have little information about each other. The authors survey a line of research that considers economies in which interacting pairs are formed at random each period in economies of indefinite duration. They review the means that have been used to create cooperation in such settings, for example peer punishment, the introduction of fiat money, and communication. They also report a new experiment that focuses on the effect of communication in a market with frictions.

Assets typically differ from other goods in one of the following two aspects. The first is that they have a life of more than one period. This allows scope for intertemporal speculation, and for this speculation to influence asset prices. Asset markets often also have a distinctive information structure, in which some traders have inside information about the value of the asset. Uninformed traders and market makers must take this information structure into account when trading. The article by Noussair and Tucker (2013) surveys several strands of research in asset markets. They focus on studies of market microstructure, pari-mutuel betting markets, and the connection between individuals’ characteristics and their trading behavior.

One striking finding from experimental asset market research has been the discovery that prices in markets for long-lived assets tend to bubble and crash. This result was initially documented by Smith et al. (1988). The literature that this paper has inspired is the focus of the article of Palan (2013). In his survey, he describes the bubble and crash pattern and lists various factors that accentuate or mitigate price bubbles. These include trader characteristics and their expectations, the liquidit
y and quantity of the asset available, the time path of fundamentals, and the trading institutions in place.

Another avenue of experimental research on asset markets has been the literature on prediction markets, surveyed here by Deck and Porter (2013). A prediction market is an asset market in which contingent claims on future events are traded. The prices in the market yield a prediction of the likelihood of an event occurring or of the expected value of an outcome variable, such as the vote share of a political candidate in an election or a future stock price. Deck and Porter survey a number of applications of these markets and how experimental methods have been used to investigate factors that enhance or inhibit their ability to generate accurate predictions.