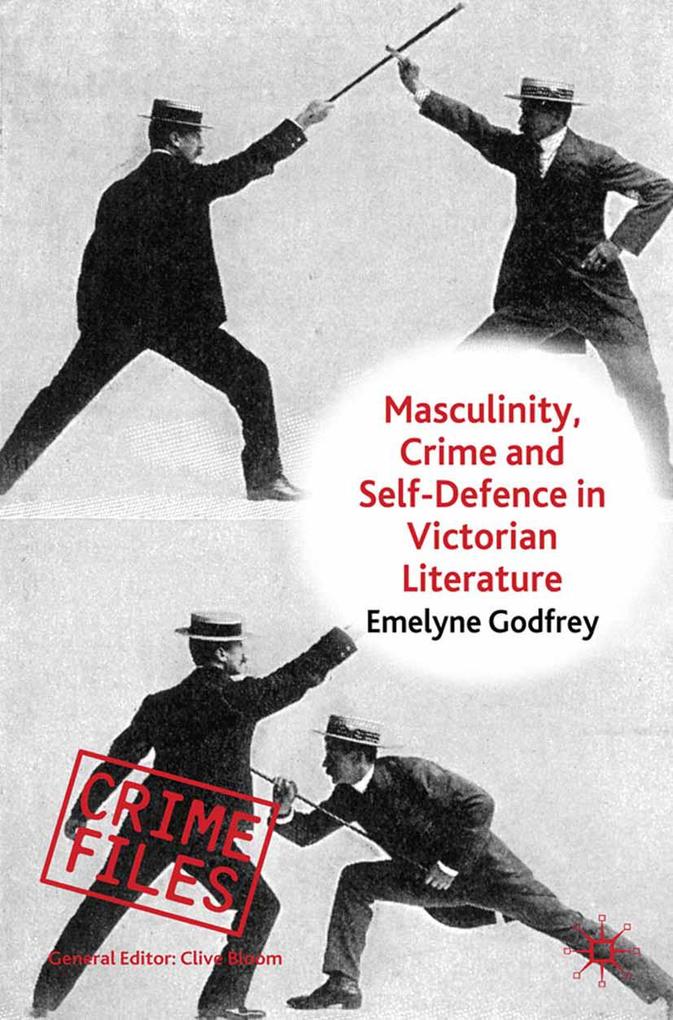 Now in paperback, this book considers crime fighting from the perspective of the civilian city-goer, from the mid-Victorian garotting panics to 1914. It charts the shift from the use of body armour to the adoption of exotic martial arts through the works of popular playwrights and novelists, examining changing ideals of urban, middle-class heroism.

Emelyne Godfrey graduated with a PhD in English from Birkbeck College, University of London, UK. A freelance writer and researcher, she has written academic articles, dictionary and encyclopaedia entries and poetry. She is a regular contributor to History Today and is the Publicity Officer for the H.G. Wells Society.

'In particular, the first and third parts, dealing respectively with the mid-19th century garotting (mugging) panics and the extraordinary civilian weaponry developed in response, and with Bartitsu and similar developments during the early Edwardian era, set new academic benchmarks for these subjects. Very strongly recommended!'

'While this book is intended for an academic readership, its clear and direct style make it accessible to anyone with an interest in the Victorian era. The points it makes, moreover, have a broader resonance. As much as the anxieties of the Victorian era may seem irrational now, we live in an age when the media promotes the fear of knife-armed teenagers, dangerous dogs and violent drug addicts. As a reminder of Victorian panics and the responses they provoked this work is a timely offering.'

'Masculinity, Crime and Self-Defence in Victorian Literature is the newest addition to the Palgrave Macmillan 'Crime Files' series. While it might be expected that crime and self-defence would be linked, this given is not usually - or perhaps has not previously been - critically studied in depth. Emelyne Godfrey's book innovatively addresses this lack. Godfrey contextualises self-defence in terms of print culture, history, politics, laws, cultural attitudes and responses to crime and violence, fashion history and gender relations (specifically focusing on contrasting visions of masculinity). These investigations are illustrated with interesting pictures and figures... This informative book is thoroughly recommended for anyone who has interest in gender studies, Victorian fiction and crime fiction.'

'Masculinity, Crime and Self-Defence in Victorian Literature should be commended for gathering together and exploring nineteenth-century cultural phenomena about the intriguing topic of self-defence and for contributing to a lively scholarly field concerned with the interrelations of masculinity and class in that period.'